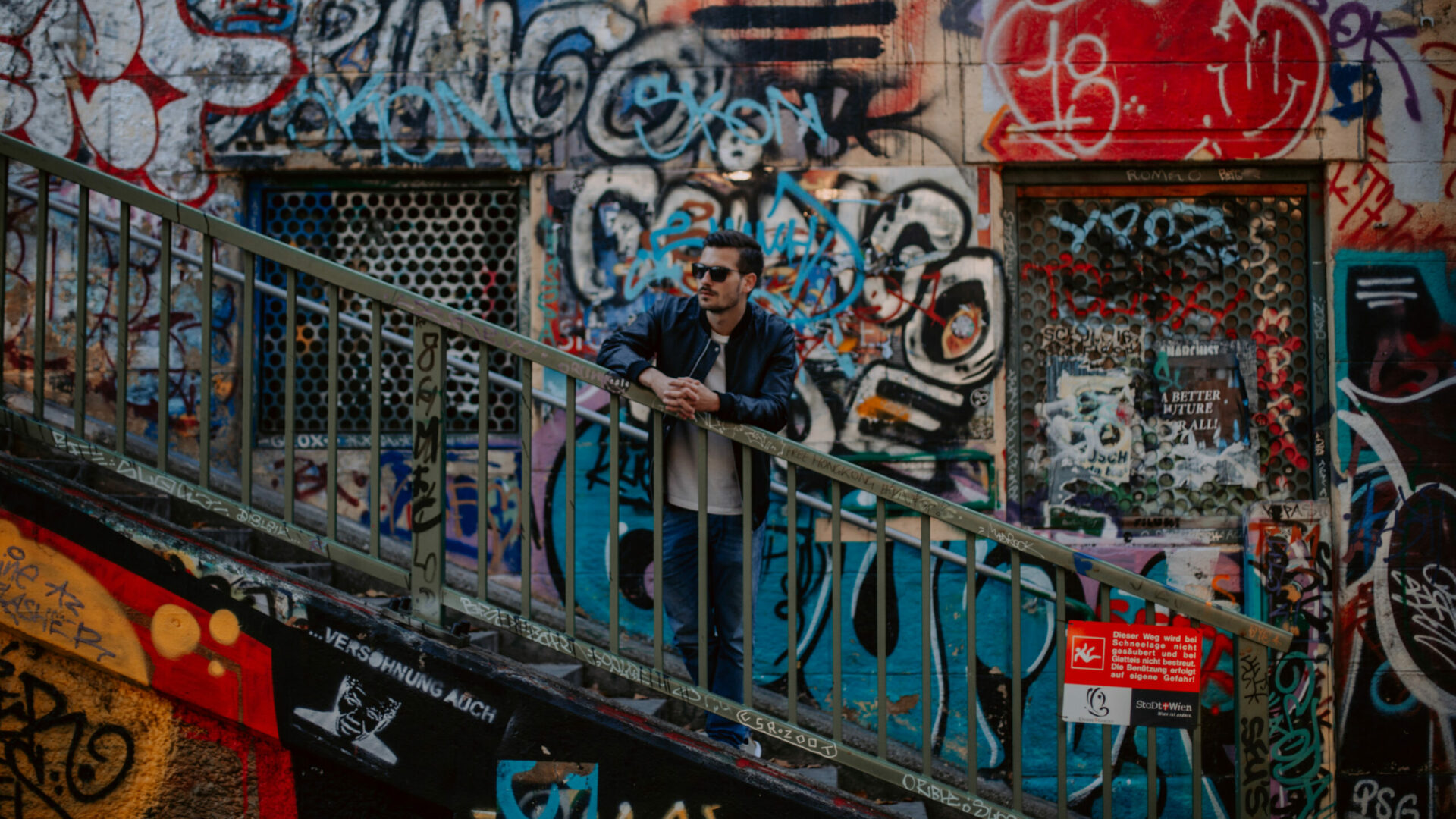 Philipp Tandler, better known as Frühwerk, is a DJ and producer from Mannheim (Germany) / Vienna (Austria). He discovered his passion for music early in his life, namely when he started playing guitar at the age of 13. He even joined a band, where they jammed in the room of a friend. Few years later, Philipp came across his love for electronic music. He found his passion through an old school friend, which motivated him to produce his own tracks. In the beginning he made Progressive and Electro House, which changed after a short time to driving and Cosmic Techno. In 2018, Frühwerk won a DJ contest at Hausgemacht, one of the largest techno collectives in Vienna. It helped him to expand his skills and refine his musical style (More information about Hausgemacht, see projects). Some time later (2021) he was a co-founder of the association Donnerkanzel. The heart are visuals in real time on a display medium, accompanied by electronic music. LED panels are arranged in different ways at the shows. From a classic rectangular wall to an elaborate stage design on three levels (More information about Donnerkanzel, see projects).

In 2021, he released his EP “Polarize” on Deborah De Lucas label Solamente, which has been his biggest success so far. One year later, he built on the previous achievements and produced further EP’s, adding his driving and melodic touch. Reload Records (owned by The YellowHeads) released his EP “Dancing Leads”, which consists of 3 powerful tracks. Afterwards, Fruhwerk makes his Set About debut (owned by Metodi Hristov) with his EP “Love For You“. It’s a great representation of his style and signature. He brings to you a wide array of driving, melodic and atmospheric sounds, including vocals that stick with the listener. The EP was supported by Bart Skils, Juan Ddd and many more. There are more releases on …

Driving basses with melodic and atmospheric elements. He owns a wide range of sounds to play hard and harmonic sets.

Scroll Up
Manage Cookie Consent
We use cookies to optimize our website and our service.
Manage options Manage services Manage vendors Read more about these purposes
Preferences
{title} {title} {title}